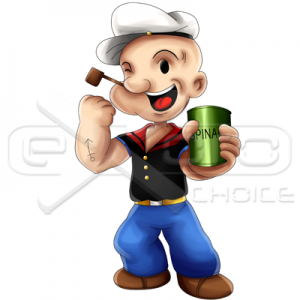 Exoro Choice’s Chibis – Differences in Popeye’s story and characterization vary depending on the medium. While Swee’Pea is definitively Popeye’s ward in the comic strips, he is often depicted as belonging to Olive Oyl in cartoons. The cartoons also occasionally feature members of Popeye’s family who have never appeared in the strip, notably his lookalike nephews Peepeye, Pupeye, Pipeye and Poopeye.