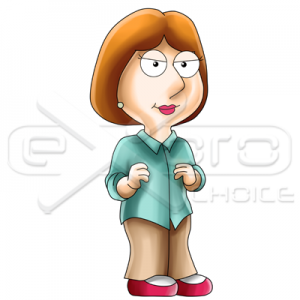 Exoro Choice’s Chibis – Lois is the mother of the Griffin family. With her husband Peter, she has had three children: Meg, Chris, and Stewie. Lois is often portrayed as a stereotypical television mother, despite her admitting to being a drug user, a recovering meth addict kleptomaniac. Lois has also had several affairs, one of which allegedly resulted in the conception of Meg. She has appeared in other media relating to Family Guy—including a video game, commercials and books—and inspired an entire line of merchandise.