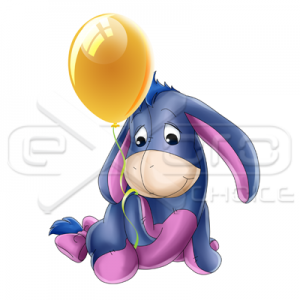 Exoro Choice’s Chibis – Pooh’s ever-glum, slow-talking, sarcastic and pessimistic donkey friend who has trouble keeping his tail attached to his bottom. Eeyore has a house made of sticks, which falls apart many times and has to be rebuilt. Eeyore is more sensible than some of the other animals and is often reluctant to go along with their actions, but usually does not bother trying to oppose anyone because he believes it to be futile to try. His catchphrase is “Thanks for noticing” as indicated to himself.