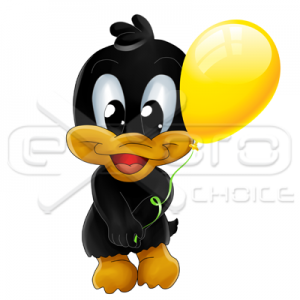 Exoro Choice’s Chibis – Daffy Duck is an animated cartoon character produced by Warner Bros. He has appeared in cartoon series such as Looney Tunes and Merrie Melodies, where he usually has been depicted as the best friend and occasional arch-rival of Bugs Bunny. Daffy was one of the first of the new “screwball” characters that emerged in the late 1930s to replace traditional everyman characters who were more popular earlier in the decade, such as Mickey Mouse and Popeye.