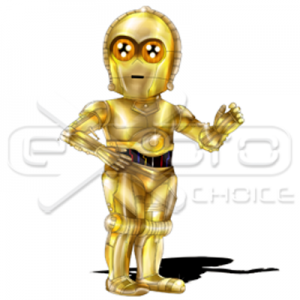 Exoro Choice’s Chibis – C-3PO is a humanoid robot character from the Star Wars universe who appears in the original Star Wars films, the prequel trilogy and the upcoming sequel trilogy. He was also a major character in the ABC television show Droids, and appears frequently in the series’ “Expanded Universe” of novels, comic books, and video games. Along with R2-D2, he is one of only two characters to appear in all seven Star Wars films.