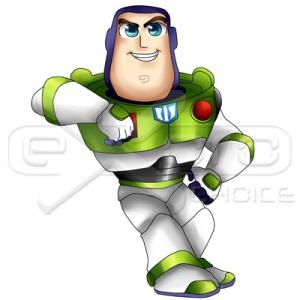 Exoro Choice’s Chibis – Buzz Lightyear is a “space ranger”, and wears a space suit with various features such as retractable wings and transparent helmet, a laser “weapon”, and various sound effects. In Toy Story, he begins the series and develops a rivalry with Woody, who resents him for getting more attention as the newcomer. He is extremely loyal to his friends. During his time trapped at Sid’s house, Hannah, Sid’s sister, called Buzz Mrs. Nesbit. In Toy Story 2, Buzz goes to save Woody from Al with Potato Head, Ham, Rex, and Slink (Slinky Dog) where he gets stuck in the Buzz Lightyear aisle in Al’s Toy Barn by another Buzz and finds out for himself what he was really like. In Toy Story 3, a friendship begins to develop between Buzz and Jessie. He is particularly open with his affection when switched to “Spanish mode”.