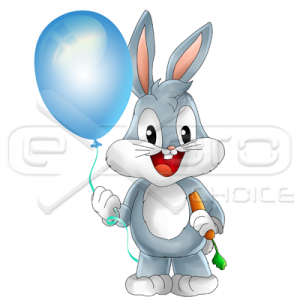 Exoro Choice’s Chibis – Bugs is an anthropomorphic gray hare or rabbit who is famous for his flippant, insouciant personality, a pronounced New York accent, his portrayal as a trickster, and his catch phrase “Eh… What’s up, doc?” (usually said while chewing a carrot). Bugs has appeared in more films (both short and feature-length) than any other cartoon character and is the ninth most-portrayed film personality in the world.