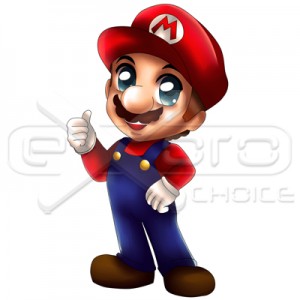 Exoro Choice’s Chibis – Mario, previously known as Jumpman, and developed under the nickname Mr. Video, is the main protagonist of the Mario series and the mascot for Nintendo. He was created by Nintendo's Shigeru Miyamoto, and has appeared in over 200 games. Originally, he only appeared in platform games. However, he now also features in sporting games, racing games, and fighting games and others. He is considered by many to be the most famous character in video game history, and is known to many as “The Face of Video Games,” having 6 games out of the top 10 on the list of best-selling video games of all time.