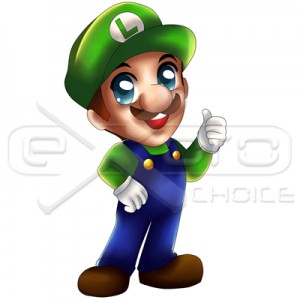 Exoro Choice’s Chibis – Luigi is the younger and taller brother of Mario from the Mario series, and the deuteragonist of some of the series' titles. Making an appearance in almost every Mario game and starring in three games as the main protagonist, over time he has become a well known character. His role in games appears to be a deuteragonist to his older brother, Mario. He never seems to like going on adventures without Mario. In some games, usually in the Mario and Luigi RPG series, Luigi is simply referred to by enemies as “Mr. Green Hat” and other generic names, making him out to be somewhat unnoticed by Bowser and his minions.